Gopichand Badminton Academy is a world-class badminton training facility situated in the Gachibowli (a major Information Technology suburban area, approx. 5 km away from the illustrious HITEC city) of Hyderabad city. 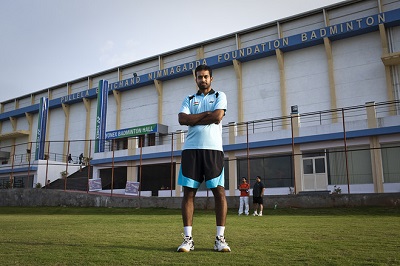 Founded by the veteran shuttler and the winner of prestigious All England Open Badminton Championships in 2001, Pullela Gopichand, this academy is one of the most preferred training facilities of shuttlers across the nation.

The role of Gopichand Badminton Academy in branding the city of Hyderabad as the Badminton capital of India is invaluable. The academy has proudly presented several promising shuttlers to the world which include the big names like Olympic bronze medal winner Saina Nehwal, Pusarla Venkata Sindhu (first ever Indian woman to win a medallion in singles at the  Badminton World Federation sanctioned World Championships tournament) and many other well-known shuttlers. 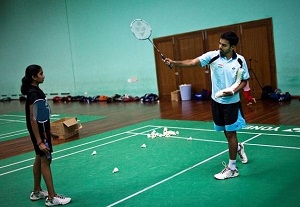 The Government of Andhra Pradesh's award of 5 acres land to Gopichand on winning the 'All England Open Badminton Championships' in London came at the right time for his aspiration of building an academy.
In the next few years, Gopichand fine-tuned his ideas for the academy which directed him to approach one of his relatives and an entrepreneur Mr. Nimmagadda Prasad for help.

With the backing from his wife and his relative Prasad, Gopichand gathered a good sum and went on to mortgage his family domicile, which could make his dream come true of building a world-class badminton training facility. 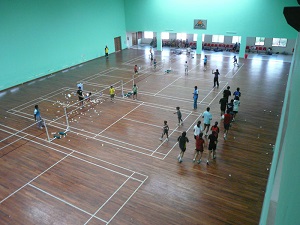 It was a long journey for Gopichand that was filled with numerous road blocks as in a country where the game of Cricket is treated as a religion; it was hard for him to penetrate the game of badminton among the youngsters.

In addition to the installations, the Gopichand Badminton Academy offers a few programs associated to physical therapy and dieting for shuttlers.
Today, the training facility is more than just an academy that the facility is the proud host of many major tournaments. As a matter of fact, the academy hosted the 2009 Indian Open, and the 2009 BWF World Championships utilized the space as a training point.