Greater Hyderabad Municipal Corporation or GHMC is an urban planning agency that controls and oversees Hyderabad, the capital city of Andhra Pradesh and Secunderbabd. In other words it can be said that GHMC is the local government for Hyderabad and Secunderabad.

History and Formation of the GHMC

In the same year Sir Salar Jung-I, the then Nizam, constitutes the Department of Municipal and Road Maintenance. For greater efficiency and ease of administration, he also appointed a Municipal Commissioner for Hyderabad Board and Chaderghat Board. At that time the city was just 55 sq. km. In 1886 the Chanderghat was handed over to another commissioner and it became Chanderghat municipality. In 1921 the municipality increases to 84 sq. km.

The GHMC is divided into 5 zones – north, south, east, west and central, 18 circles and 150 wards. The GHMC is headed by a commissioner and each zone has a zonal commissioner. The current commissioner is M.T Krishna Babu. 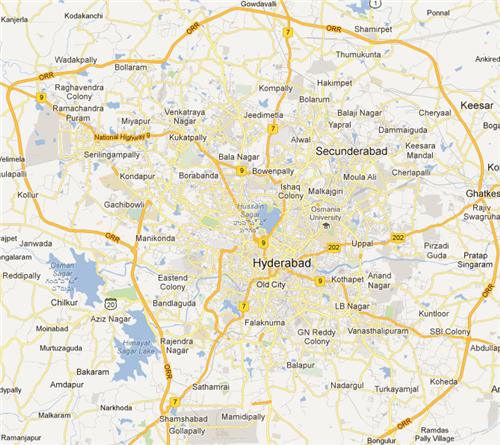 The GHMC offers an array of services for the citizens. One can register on their official website and keep a track of all the latest happenings, tender notifications, payments etc.  The services are –
The Value added services include –

Explore more about About Hyderabad