During the 3rd century BC, Hyderabad was under the reign of the Mauryan Empire (Ashoka's reign). Later, the territory was ruled by many other Buddhist and Hindu kings.
The Chalukyas too ruled for a long period of time after which the Kakatiyas (feudal chieftains of Chalukyas) declared independence.
They set up their kingdom around Warangal (Andhra Pradesh) which was subsequently conquered by the strong forces of Muhammad bin Tughluq (1321 AD). This resulted in anarchy in the region.

By mid 15th century, the Bahmanj Sultanate reigned in this region after defeating the Musunuri Nayakas in the North and Vijayanagara Rayas in the South. Sultan Quli Qutb-ul-Mulk, who started as administrator and later rose to become Subedar of Telangana, declared independence from the Bahmani Sultanate in 1518.
He assumed the title of Sultan Quli Qutub Shah and established the Golconda Sultanate. The Qutub Shahi sultans were great patrons of architecture and literature, including Telugu literature and culture.
Golkonda became a leading market in printed fabric, diamond and pearls etc. It became their capital as they enjoyed a moderate climate here. There were several 'baghs' (gardens) in the city which rendered it beauty.

The history of Hyderabad actually commences in 1591 with the establishment of Qutb Shahi Dynasty.  The 5th sultan of the dynasty, Mohammad Quli Shah, invaded the Bahamani kingdom and established Golkonda fort and city.
Due to lack of water and frequent epidemics, he founded a new city in 1589 on Musi river, 5 miles east of Golconda. The city had Charminar (constructed in 1591) at its centre and four roads running in all the four directions.
He named it 'Bhagyanagar' after his beloved queen “Bhagmati”. However, when she embraced Islam and was called 'Hyder Mahal', the city was renamed as 'Hyderabad'. 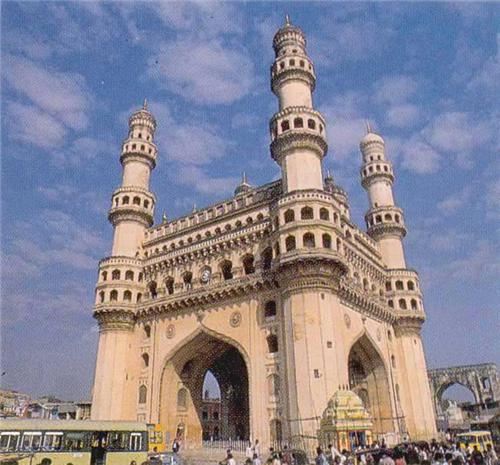 Some believe that Hyderabad was named after the title of the fourth Caliph Ali. The Persian word 'Hyder' means lion or brave while 'abad' means abode . The city, it is believed, was named so after the populace survived the epidemic in Golkonda.

Shah Jahan died in 1666 after which Emperor Aurangzeb consolidated his power in Delhi. He then returned to South, in military camps in the Deccan, as he intended to expand his empire. Aurangzeb, attracted by its beauty and wealth, fought and lay seize on Golkonda in 1687.
But, after the death of Aurangzeb in 1707, the Mughal Empire declined. Nizam-ul-Mulk Feroze Jung, also known as Asaf Jahi, was the 1st Nizam and founder of Asaf Jahi dynasty. He proclaimed himself independent and became the Nizam.

In 1798, the Nizam and East India Company signed a treaty for political co-operation under which the Hussain Sagar area in Hyderabad became a cantonment. It was named after the ruling Nizam Sikander Jah, Secunderabad.