A resource can be defined as anything that satisfies the needs of a living organism. No city can survive a good population without its basic natural resources to maintain a thriving civilization. The city of Hyderabad too, has a diverse selection of natural resources to sufficiently power all its day-to-day activities and developments.

It is common knowledge that the start of any human  civilization in the world happens on the banks of a river. Hyderabad has a rich supply of water resources for its agriculture as well as for domestic uses. Apart from water resources, Hyderabad also has rich coal deposits and a vast expanse of forests and conservatories. It also boasts of a rich flora and fauna. 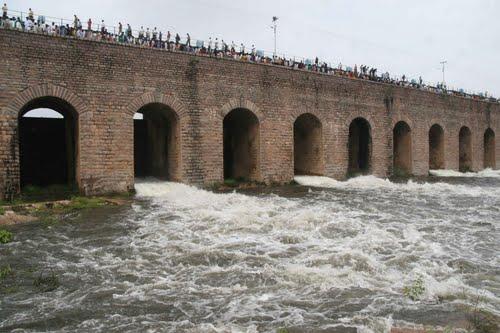 The river Musi, flows through Hyderabad and provides for the majority of the city’s water requirements. The river starts from Anantagiri Hills (90 km from Hyderabad) and joins with the Krishna River near Wazirabad in Nalgonda district. In the pre-historic days the river was known as the Muchukunda River. The oldest bridge to have been built across this river is the Purana Pul, which was built during the reign of Qutb Shahi Sultans over Golconda in the 16th century.

Since then, two dams have been built on the river to provide water supply and also to regulate the heavy floods that were drowning the city till the early 20th century. They are the Osman Sagar and the Himayat Sagar dams. Apart from these dams, some other source of water for the city includes the Mir Alam Tank and the Shamirpet Lake which have adjoining wildlife reserves and thus, help a great deal in the tourism development for the city.

The water resource of any region is an exhaustible resource and the exhaustion can be attributed to poor rains and pollution. The ever increasing water demands of a city can only be assuaged only if its existing sources of water are saved as much as possible by people who are dependent on it.

Hyderabad has rich coal deposits that are mined for factory uses and thermal power plants. Apart from coal, it has sufficient limestone, bauxite and mica deposits for the industries.

This is an cooperative society started in the year 1974 in order to debilitate ground water resource identification and the development and conservation of other resources as well. They help in identifying ground water tables, drilling wells, investigating soils and mineral deposits.

Recent Projects
Some of their recent efforts at developing water resources include, an integrated watershed development project and a hydro-geological investigation at Pashamailairam.

As much resources nature has endowed on Hyderabad, they are dwindling away as the population increases, thus resulting in escalating demands for more water. Saving there resources as much as possible from pollution and over-exhaustion is necessary to assure a continuous supply. The importance of these water resources have to be made aware to the public and steps must be taken to conserve these gifts of nature.

Explore more about Geography of Hyderabad