Nizams of Hyderabad belonged to the Asaf Jah dynasty of Turkic origin. They came to India in the late 17th century as servants of Mughal Empire. They received patronage of Mughals who recognized and supported Persian culture, literature and art.

The Asaf Jah Dynasty was founded by viceroy Mir Qamarud-Din Siddiqi. The Mughal empire fell apart after the death of Aurangzeb in 1707 and the viceroy formed an independent kingdom. For over 200 years, Hyderabad was ruled by Nizams until 17 September,1948. 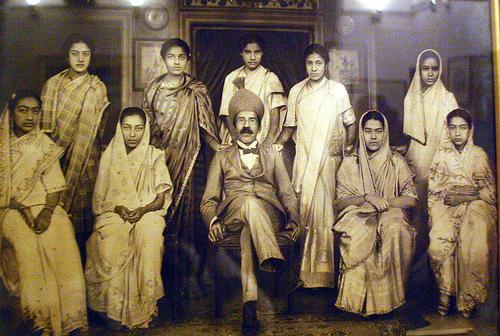 
Nizams as Client Kings of Hyderabad

Since Hyderabad did not join the first war of Independence against the British in 1857, the Nizams gained special status of 'Faithful alley with Britain'.
They were allowed to rule their princely states as client kings. Hyderabad has the coveted distinction of being the richest state during that time. It had its own currency 'Hyderabadi rupee' till 1951.


The Grand Era of the Nizams

The nizams were called 'Ala Hadrat', Ala Hazrat', Nizam Sarkar' and Nizam-ul-mulk'. The word 'Nizam' means 'order', arrangement', 'administrator' and 'governor'. However, titles were abolished by Indian Government on 28th December, 1971.


Lineage of Nizams of Hyderabad

In 1947, the Nizam of Hyderabad declared that he would join neither India nor Pakistan and remain a self-governing independent state.
So, Indian Government launched a military operation 'Operation Polo' and defeated the Nizam and his rule ended on 17 September, 1948. This signalled the end of the ruling dynasty.

Explore more about History of Hyderabad