Hyderabad is an interesting capital city of Telangana as there are a lot of scenic places you can visit. You have beautiful parks, museums, forts and markets to see on your visit to this city. The most modern IT Parks and residential colonies can attract anyone to Hyderabad.

There are some must-visit places in and around Hyderabad too - famous villages such as the model village Ankapur and yes, Rangapur village, just 50 kms. from Hyderabad. Let us know more about Rangapur village and why it is so popular. 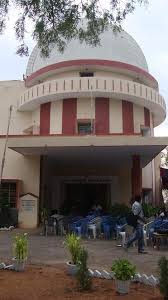 Observatory in Rangapur Village near Hyderabad

Rangapur village is situated near Hyderabad in Ranga Reddy district (Manchal Mandal) of Telangana. There are around 600 households in Rangapur village. This village, 50 kms. from Hyderabad, is well known for its observatory. This is a hub for students and astronomers alike where they visit for research of galaxy of stars!

The Osmania and Nizamiya Observatories of the Osmania University are situated in Rangapur. Do you know that there is a 48 inches telescope kept here. This Observatory is the second largest Observatory in whole of Asia. 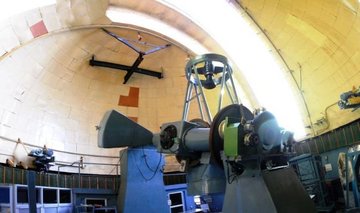 Scientists, students and astronomers come to Rangapur village for studying solar and lunar eclipses. They come from all over the globe including countries such as China, USA, Germany and India. They study diverse formations, changes and placements taking place in the galaxy.

Asia's largest telescope is in 'Kawali' in Bangalore and is 90 inches in size. Advanced research is carried out here in optical astronomy and research work is published in reputed Indian and foreign journals. This Observatory contributed a lot by a comprehensive study of Total Solar Eclipse that occurred on 16th February, 1980 and also studying the comet Haley.

Japal-Rangapur Observatory also captured images of Comet Shoemaker-Levy and its impact of planet Jupiter. The telescope at Rangapur has been utilized for observation of binary stars, pulsating stars, star clusters, peculiar stars and for spectroscopic study of binary stars and peculiar stars. It is also used to get scientific information on comets, planetary atmospheres and near Earth Asteroids. Rangapur is located in the middle of Manchal Mandal and is surrounded with dense forests all around. These forests comprise of many beneficial trees and herbs.

Here, social forestry has been encouraged with good co-operation of villagers from neighbouring village Japala. The trees are protected due to environmental awareness of the people. This has resulted in lot of greenery all around the Observatory. Beautiful and colourful birds such as Hoopoe, house swift, rose ringed parakeet, white breasted kingfisher, large pied wagtail, spotted dove, Indian myna, black drongo, cattle egret, common peafowl, brown kite, bulbul etc. can be  seen in the green jungle around the Observatory.

Workshops and seminars are organized from time to time for those interested in astronomy - tourists, students and visitors. The 48-inch reflector is being modernized through the computer controlled operations for better astronomical research.

So, now you know that Rangapur is not just any other village! It is a much advanced village than you could even think of. Do take out time and visit this Observatory in Rangapur. It is time you reached out for the stars!