Hyderabad is famous for the exemplary architectural wonders situated in the city, Charminar being the most prominent. It is also known as a holy city and has numerous temples that are believed to be hundreds of years old, and thus attract pilgrims from all over the world. 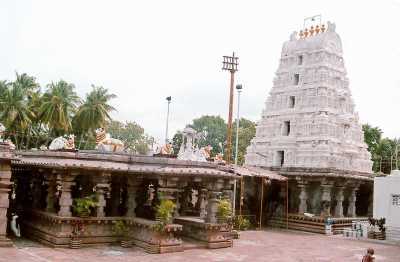 It is a trademark symbol of southern style architecture built in 1996. It is one of the very few temples having all the eight forms of Goddess Lakshmi, namely, Adilakshmi, Aishwaryalakshmi, Santanalakshmi, Dhanalakshmi, Dhanyalakshmi, Gajalakshmi, Vijayalakshmi and Varalakshmi.
The annual event Brahmotsavam, is quite popular where the cultures and values of the region are depicted with great vigor. 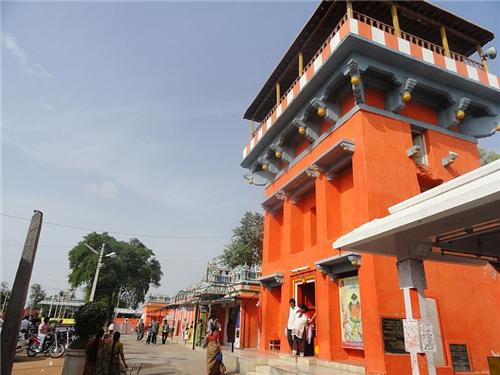 Built in the regime of Kakatiya dynasty, Karmanghat Hanuman Temple is about 860 years old. There is a very fascinating story behind the name of the temple.
Mughal emperor Aurangzeb tried to put down the temple but it is said that due to some divine power neither the army nor the emperor himself could enter the premises.
A roaring voice challenged him saying that “if you want to enter the temple then make your heart stronger” and thus the name kar – man – ghat.
Devotees take dip in the holy pond spread over one acre inside the temple which itself covers an area of three acres and pay respect to Lord Dhyana Anjaneya Swamy. It is a common belief that worshipping Dhyana Anjaney Swamy would cure all ailments and also bless the ladies with healthy babies.

Located in Jiyaguda, Hyderabad, Shri Ranganatha Swamy Temple is situated on the bank of Musi River and is one of the most worshipped deity in South India.
A resting form of Lord Vishnu, Shri Ranganatha resides here along with his consort Goddess Lakshmi, locally known as Ranganayaki.

The temple is believed to be 375 years old and grand celebrations occur at Shri Ranganatha Swamy Temple during Vaikunta Ekadasi as per the vaishnav traditions. Prayers are offered at 7 AM and 12 midnight and is open for all the devotees free of any cost.

Dedicated to Lord Shyam, also known as Barbarika, an incarnation of Lord Vishnu in Kalyuga, this temple is an incomparable example of architecture and attracts lots of devotees every day.
11th & 12th of each month is of special significance for the devotees as per the Hindu calendar because Barbarika is believed to be born on 11th and donated his head on 12th.
Temple remains open throughout day and night on these two days as praying to the lord on these two days is considered very fruitful. 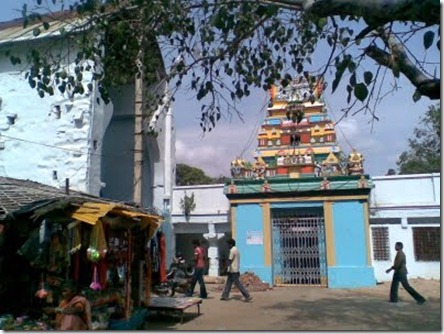 Famous as Visa Balaji, Chilkur Balaji Temple is one of the most sacred ancient temple of Lord Balaji lying along the banks of Osman Sagar Lake in Hyderabad.
Huge number of devotees visit the temple to pray to the deity for visas to the western and other countries, hence the name Visa Balaji.

A number of temples have been constructed by the Birla Foundation in various parts of India and interestingly, every one of them is known as Birla Mandir.
Situated in Hyderabad, on top of a hill, Birla Mandir is made from pure Rajasthani white marble and is dedicated to Lord Venkateswara and has a statue as tall as 11 foot of the Lord.
Other deities include Shiva, Hanuman, Ganesha, Lakshmi, Brahma, Saraswati and Sai Baba.

Another Hindu temple situated in Hyderabad, Akkana Madanna is mainly known for ghatam procession during the time of Bonalu Festival celebrated in Hyderabad and Secunderabad. It was built by two brothers, Madanna and Akkanna in the regime of Tana Shah of Goloconda.

Located at Nampally, Hyderabad, ISKCON Temple is the brainchild of ISKCON Organization which has built several such temple all over the country. Worshipped deity of the temple is Lord Krishna.
Numerous devotees visit the temple from all over the world on the occasion of Janmashtami, Birthday of Lord Krishna.