Hyderabad Prison service functioned independently till the year 1956. After 1956, Hyderabad Prison services were merged with Andhra Pradesh Prisons department for administrative convenience. ‘Hyderabad Range’ of AP Prisons department extends up to 4 districts, each one of them being managed by a general of Prisons.
Hyderabad range has two central jails under its administration viz. Chanchalguda Central Jail and Cherlapalli Central Jail.
These central jails confine prisoners sentenced above 2 years, prisoners sentenced to death and civil prisoners. The prison headquarters and Institute of correctional administration are also located near Chanchalguda Central Prisons. 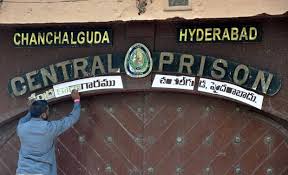 The prisons of the Hyderabad are counted amongst most progressive prisons of the country for several initiatives.
There is a separate institution working under the central prison of Hyderabad called Special Prisons for Women, controlled by women superintendent.
All the women convicts are kept in this prison along with their children between ages 3 to 6 years.
The children receive school education inside the premises of prison itself.

One of the open jails of the state is provided in Hyderabad-Gachibowli, where the well behaved convicts not involved in grave offences are confined. These central jails also function as the district jail for their respective districts.

Chanchalguda Jail is one of the two central jails of Hyderabad city. Chanchalguda area is one amongst the oldest locality known for a variety of reasons. The jail has been into limelight due to several high profile under-trials and its historic relevance.
It was built in 1879 during the reign of Nizams with a capacity of 500 prisoners.  But lately, the jail is overcrowded and is said to be home for 1600 prisoners.
After 2009, when Satyam Computer scam came into light, the jail has been accommodating convicts of prominent scams of the city. Currently, there are about 11 notable under trials going on in the jail, related to the range.

The jail has also introduced video linkage facility as an initiative to allow under-trials to appear before magistrates without physical movements of its inmates. Also the jail is under a reconstruction phase since 2012 to increase the capacity and improve the basic amenities inside the jail.

Cherlapalli jail is located at the outskirts of Hyderabad and is covered under the range of Hyderabad administration. Cherlapalli jail is known as the best jail of the country in terms of construction.
Covered in the area of 49 hectares, the jail is located in Rangareddy District of Andhra Pradesh with a population of about 2400 prisoners. The jail is also renowned as a first permanent open jail. 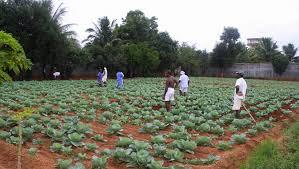